On our second night in Taipei, we visited their famous Taipei 101 Observatory. It was drizzling a bit when we got there but we didn’t expect that we will be greeted by full-on fog upon arriving at the top. Well, we were able to see the view of the city lights for a few good seconds (like literal seconds lang ata) before the wind blew and everything was covered with fog. Although, I wouldn’t say that the whole visit was useless because we spent almost an hour just roaming around, buying souvenirs, taking photos, and eating snacks. Haha. Or maybe we were just amusing ourselves hoping that the sky would clear up so we could fully enjoy what it’s like to be on top of what used to be the tallest building in the world. 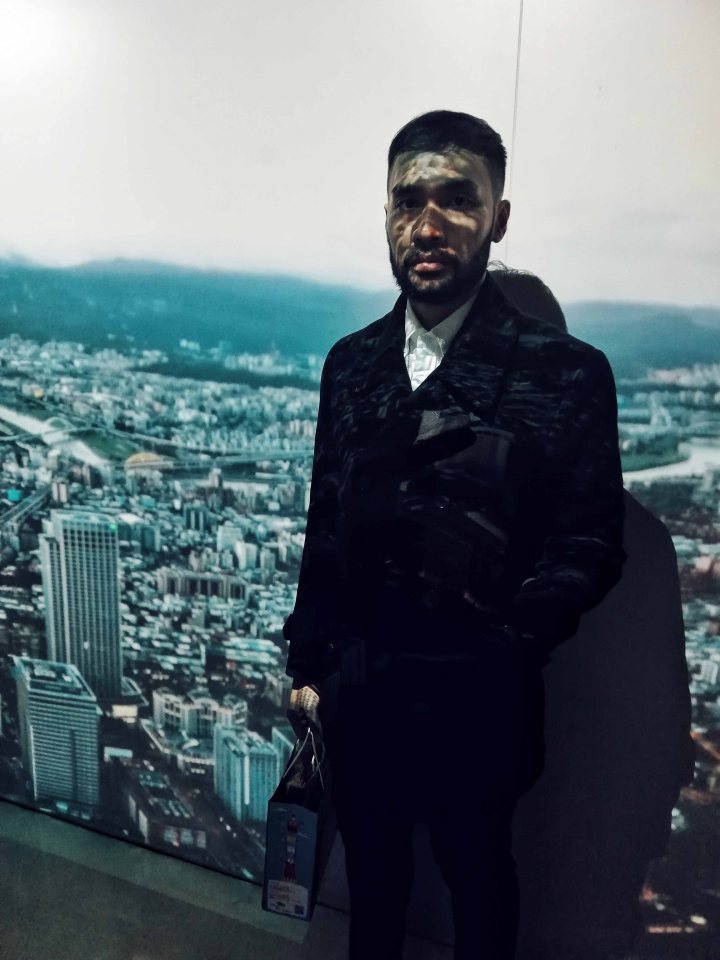 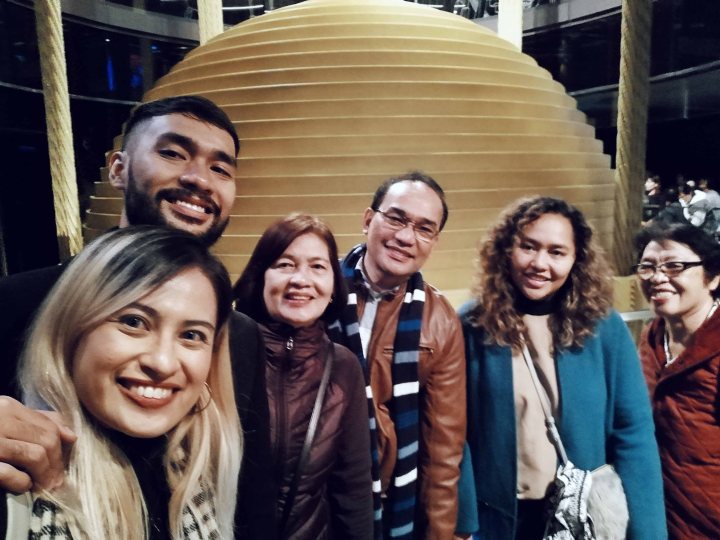 Taipei 101 used to hold the record as the world’s tallest building from 2004 until the 2010 completion of Burj Khalifa in Dubai. At this point, you must assume that I was so thrilled that I have finally set foot in one of the iconic architecture pieces in Asia / the world (?) because, yes I’m an architect. Unfortunately, it wasn’t really that much of a big deal. Well, I must say that the elevator ride was pretty interesting because of its maximum speed at 1010m/min. Sobrang woaahhh. Hahaha. But to be honest, I’m so tired trying to convince myself that I am still passionate in this whole architecture thing.

Ever since I was a child, I have always dreamed of being a full-fledged architect. Here’s an excerpt from something I wrote a decade ago and decided to repost it in a new entry (Something I Wrote 5 Years Ago):

“When I was about nine years old, I found a magazine of houses with floor plans. What I did was, I would get something small (really small) to serve as my characters and I would play with the floor plans as if it is really a toy. Haha. From then on, I’m easily enthralled whenever I would see floor plans. Haha. I could even spend hours just playing with that – alone. Imagination nga naman. Hahaha.

When I reached high school, I gave up playing my silly game and started doing my own floor plans. I would buy graphing papers and use it ‘coz it has grid lines. And when I ran out of papers I would tear a page from my math notebook. (See, I really hate math! HAHA.) There, an instant architect wannabe. Then there came the SIMS. (I bet you know that) I really loved that computer game. Until now I still play that. Haha.”

Being an architect is what I’ve always wanted to be. Alam mo yung tipong mula bata ka pa pinaghahandaan mo na yung pagiging arkitekto mo? Everything was slowly falling into place until 2012 happened. I was just waiting to finish my architectural apprenticeship and was super close to taking the board exam when I was given my first ever project that was eventually built. It was after I posted this write-up (090412) when I began to ask myself, “So.. what’s next?” Ganun pala yung pakiramdam nun? To be able to design a structure is every aspiring architect’s dream. Akala ko when I finally get there, I would still want more of it. Pero when all the celebration and excitement ended, I began to realize that it’s not the kind of satisfaction that I was hoping for when I used to dream about it as a young child.

I began to worry and I started to fear. I remember telling my discipler, “Nakakatakot, kasi yung isang bagay na pinaghandaan mo buong buhay mo, unti –unting nawawala yung lugar sa puso mo.” That time, I was actively involved in my church in Cebu. I was exposed to different experiences that I never thought I’d be interested in. (Crossing Barriers: Making Friends with the Street Children of Cebu, God’s Love Knows No Boundaries: Sibonga Memories) I was so consumed with my desire to know more about God and of how I can learn more about the new things that I was experiencing, that I had enough courage to tell my dad about what I think God is impressing in my heart. I was with my dad during my whole stay in Cebu and we sleep in same room. Naalala ko, nakahiga na kami nun ng bigla nya ko narinig na umiiyak (HAHA). He asked me why. I don’t know how I managed to ask him, in between sobs, this question, “Pwede po bang wag na ako mag board exam? Gusto ko mag Bible School.” That was one of the short but best conversations with my dad that I still remember up to this day.

To make the long story short, he convinced me that I should still take the board exam. Pumasa or hindi, wala namang mawawala. If the desire is still there, edi go.  Before I left Cebu and decided to review for the board exam here in Manila, I was able to try the country’s first “Sky Walk” experience, where you will walk around the translucent glass flooring on the edge of the Crown Regency Hotel & Towers (with safety harness, of course). I remember admiring the city lights from up there with cold wind brushing against my skin and my short blonde hair. I was hoping that one day, I would get to know where God will take me. Few months later, I got my Architectural license. 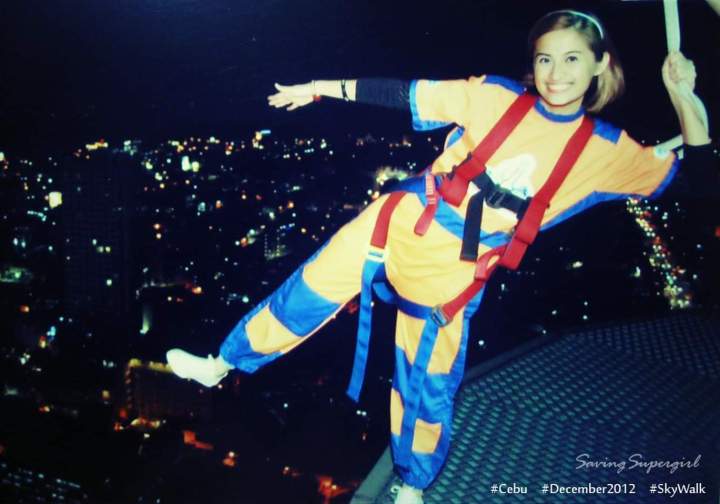 Who knew that 5 years later, I would be standing on top of what used to be the tallest building in the world, waiting for the perfect view of the city lights, still blonde (hahaha) and still asking the same question, “Where are You really taking me?”

A lot of things happened in the last 5 years: I became a licensed architect. I started working. I resigned. I became a freelancer. I got married. Now, I’m helping my husband in the ministry. It never occurred to me that this is what my journey would be like. Questions never end. Fear will always be present from time to time. However, I am trusting that the One who started all this will make sure that everything will fall into place in His own perfect time. ❤

P.S. Year after year, “it” never really went away. Will you pray with me?

What do you think? Cancel reply